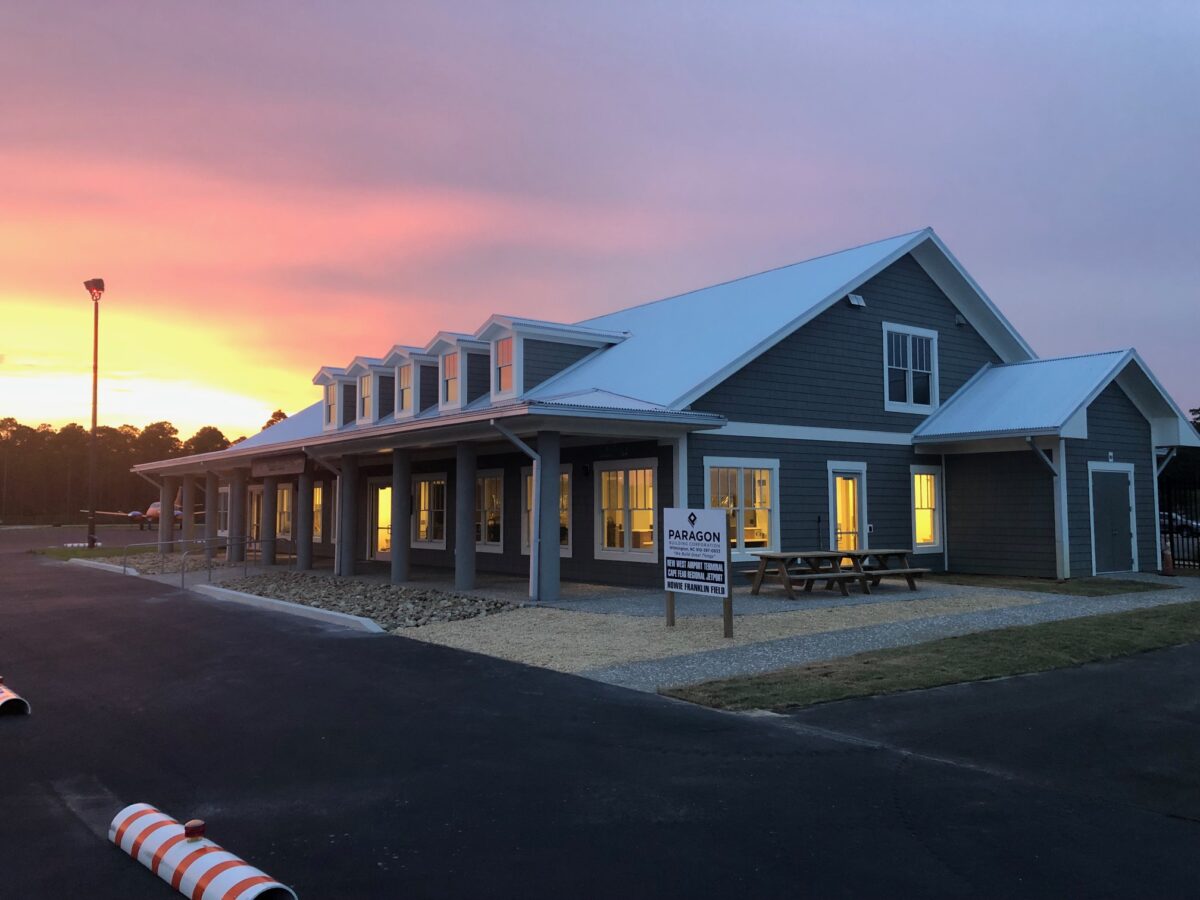 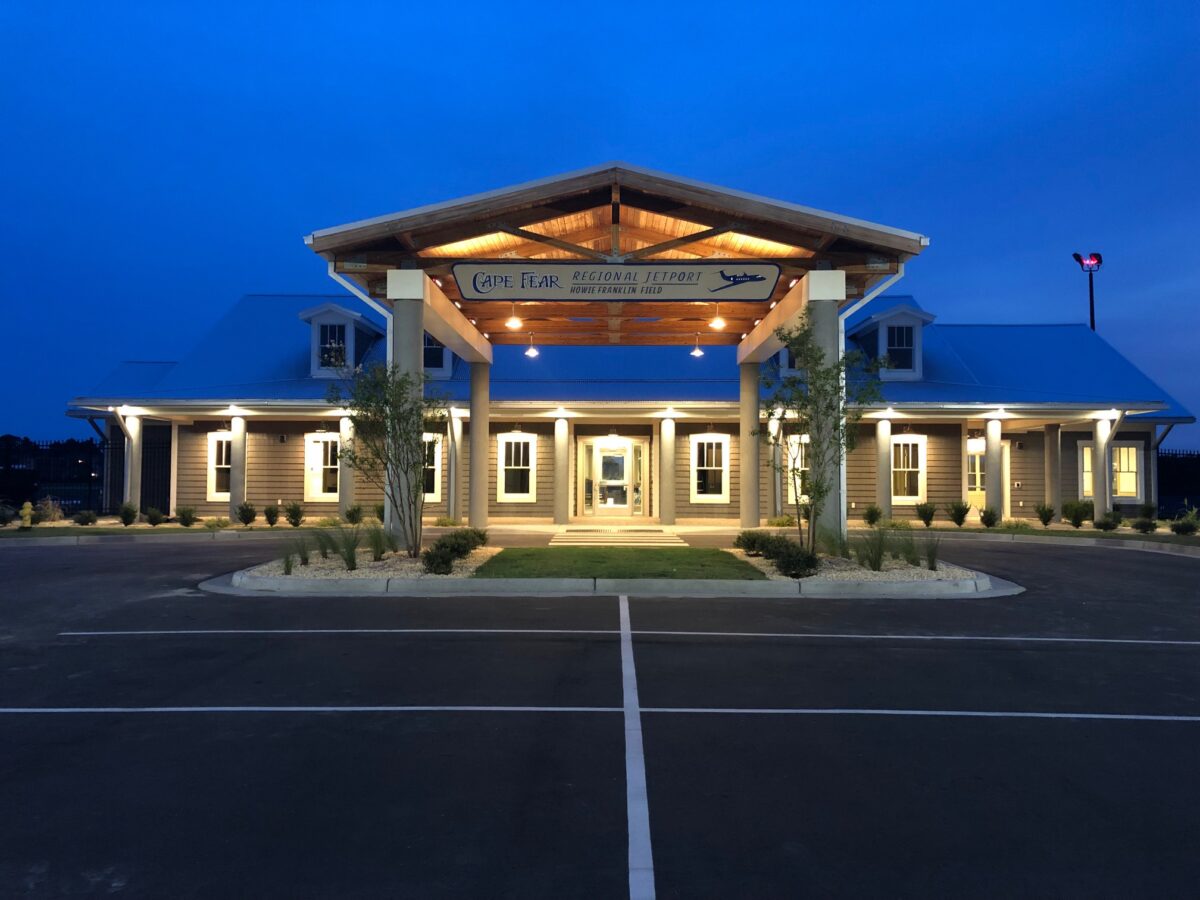 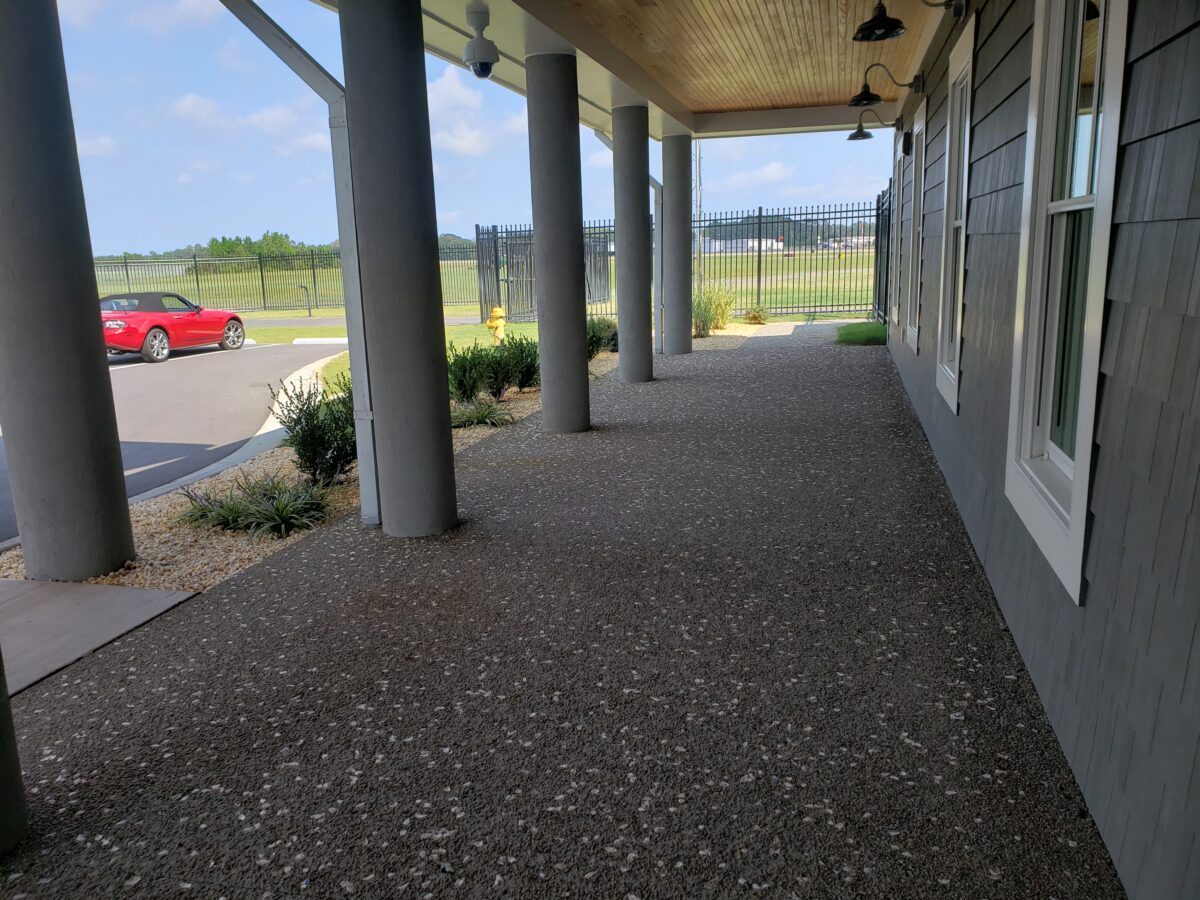 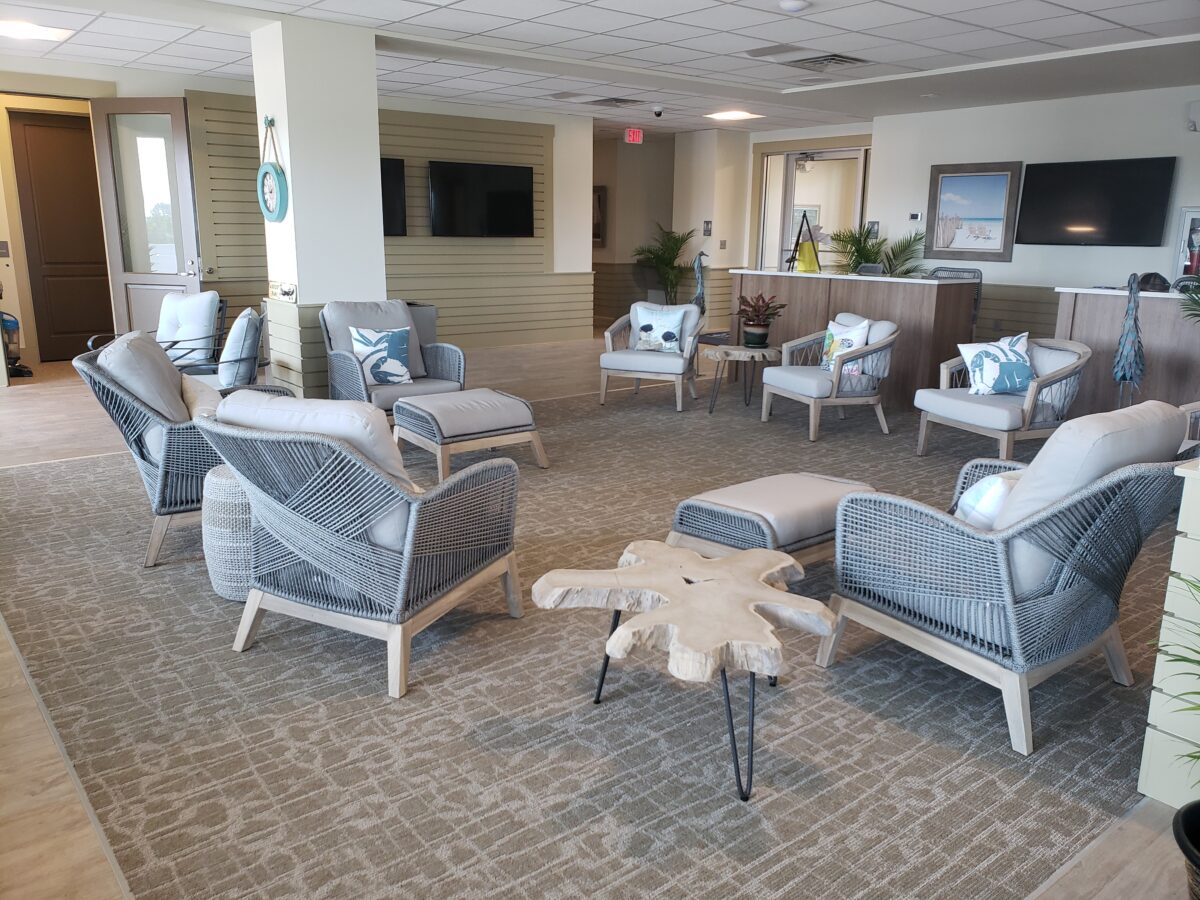 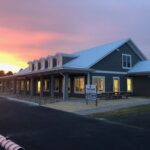 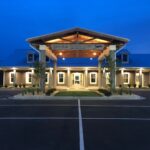 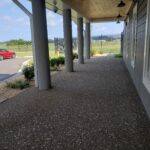 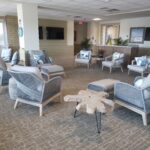 This project has a story. The impact on a facility that a man like Howie Franklin can make.

In 1994, after retiring from the USAF, Howie Franklin was hired to be the director of the Cape Fear Regional Jetport. Howie’s career as Chief Steward of Air Force One, serving five presidents (Ford, Carter, Reagan, H.W. Bush, and Clinton), provided him vast experience with selfless service. That, combined with his energy and exceptional leadership, allowed him to grow the business. He is the best promoter the area (Bald Head Island, Caswell Beach, Oak island, Southport, and St. James) has.

In 2010, Howie champions project to lengthen runway to 5,505 LF in order to accommodate larger corporate jets.

The existing FBO facilities had been adapted from a Bait Shop and were in desperate need of upgrade. Howie then got the Airport Board to make Senator Bill Rabon aware of this need and he got the funds appropriated for the new terminal that bears his name.

Talbert Bright and The Wilson Group were hired by the Brunswick County Airport Commission to design a new terminal facility. This was done and the project was bid in late 2017. Project was award to Paragon Building Corporation in April 2018.

The building is beautifully sited next to the apron on the west side of the airport. It is a low country design with big porches, metal roof, pre-finished fiber cement siding, and concrete columns. The building has geothermal HVAC, Access control, and CCTV systems. The exterior canopy is Heavy Timber. The canopy and the clear pine tongue & groove porch ceilings are stained and sealed to match.

The facility has 100% generator power back-up and is built with all components meeting the 130-mph wind rating. It is filled with windows and natural light. The interior finishes are special as well. The site is lawned, landscaped and finished with local river rock and ornamental fencing. (the presence of “airport wind” prevents the use of mulching that will blow around). The exterior concrete flatwork is exposed oyster shell aggregate. We installed a radio tower and exterior LED light poles.

There were challenges that we had to overcome during the project. Changes in scope due to the owners changing needs included doubling the size of the parking lot and upsizing and relocation of the Generator to include handling airfield lighting. Building changes included installation of an elevator and upfit of the second floor for use of volunteer organizations including The Civil Air Patrol, and The Experimental Aircraft Association.

We also had two Hurricanes during construction that created delay, but we suffered no damage.

However, the thing that makes this project a winner, is the total cooperation, clear communication, and spirit of teamwork accomplished by the Owner, Designers and contractors. This has produced a building of brilliant quality that is a tremendous asset for the community.

Let us help you with your commercial, industrial or remodeling needs.